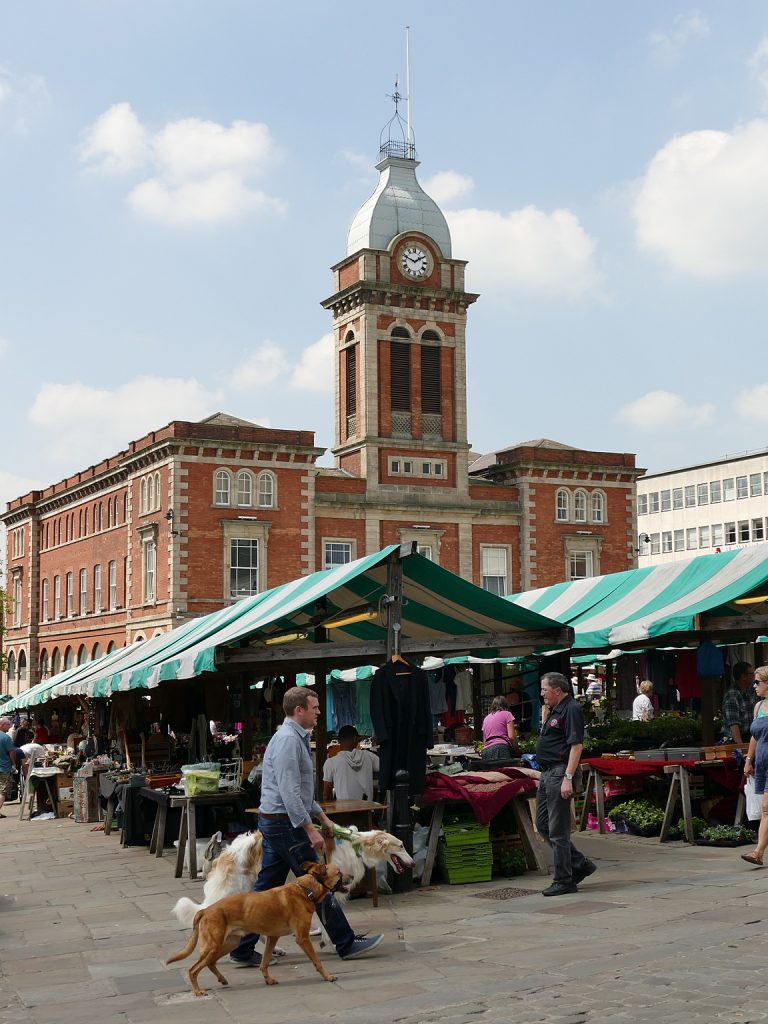 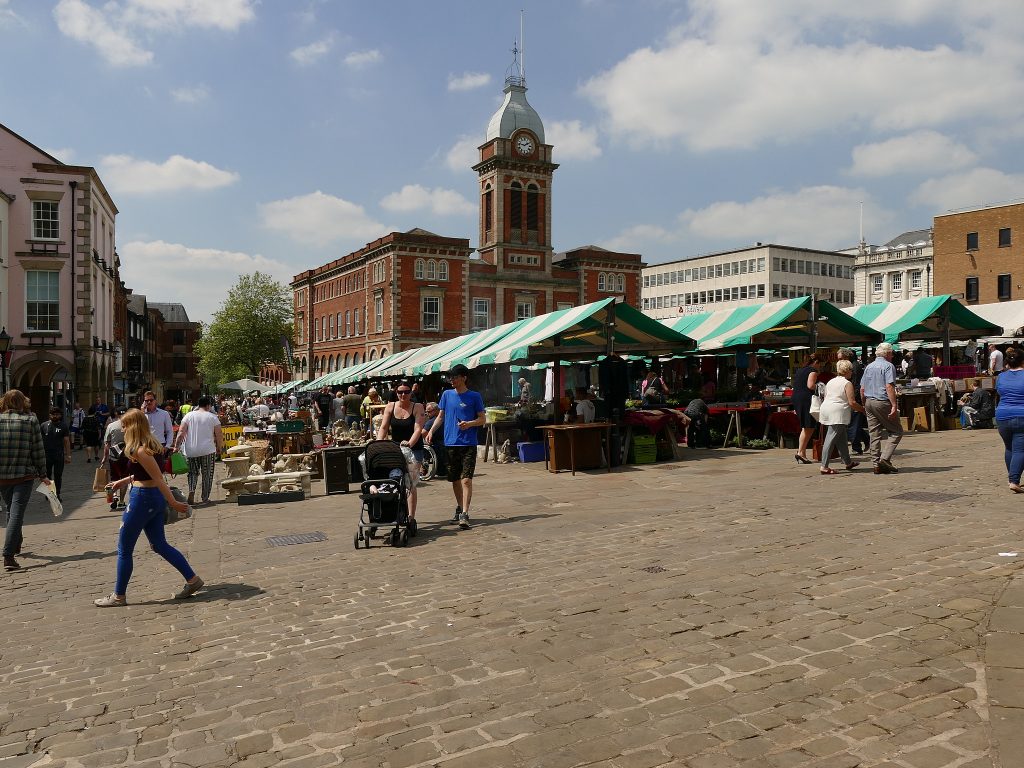 The Market Hall was opened in 1857 . Built by the Chesterfield Market Company , it was acquired by Chesterfield Corporation in 1873 . Despite being described as ‘the crudest show of high Victorian provincial prosperity’ by Pevsner it survived the town centre redevelopment of the late 1970s , and was renovated and extended between 1978 and 1980 .The most recent refurbishment was completed in 2013 .