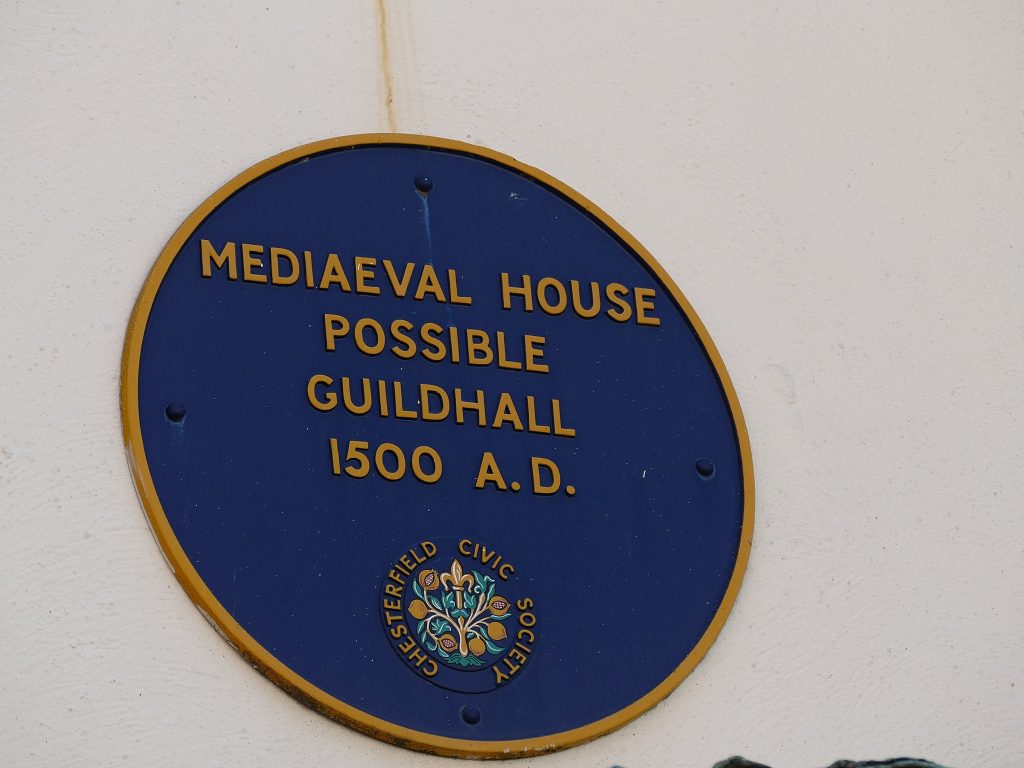 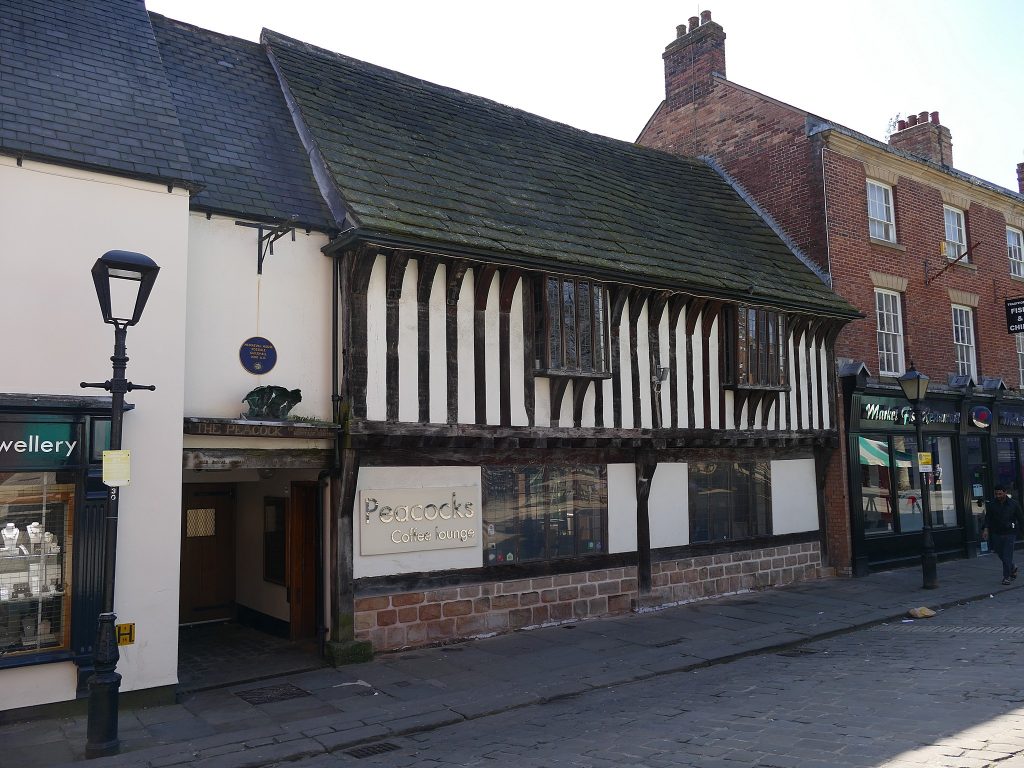 The only medieval domestic building to survive in Chesterfield . At the head of one of the burgage plots stretching down to the River Hipper , two bays survive from the original three .

The existence of the timber-framing was only confirmed because of a major fire in February 1974 . Though suspected by some , to most of us the Peacock was just a slightly down-at-heel Victorian pub on Low Pavement , though I recall it being quite welcoming towards the end of the 1960s .