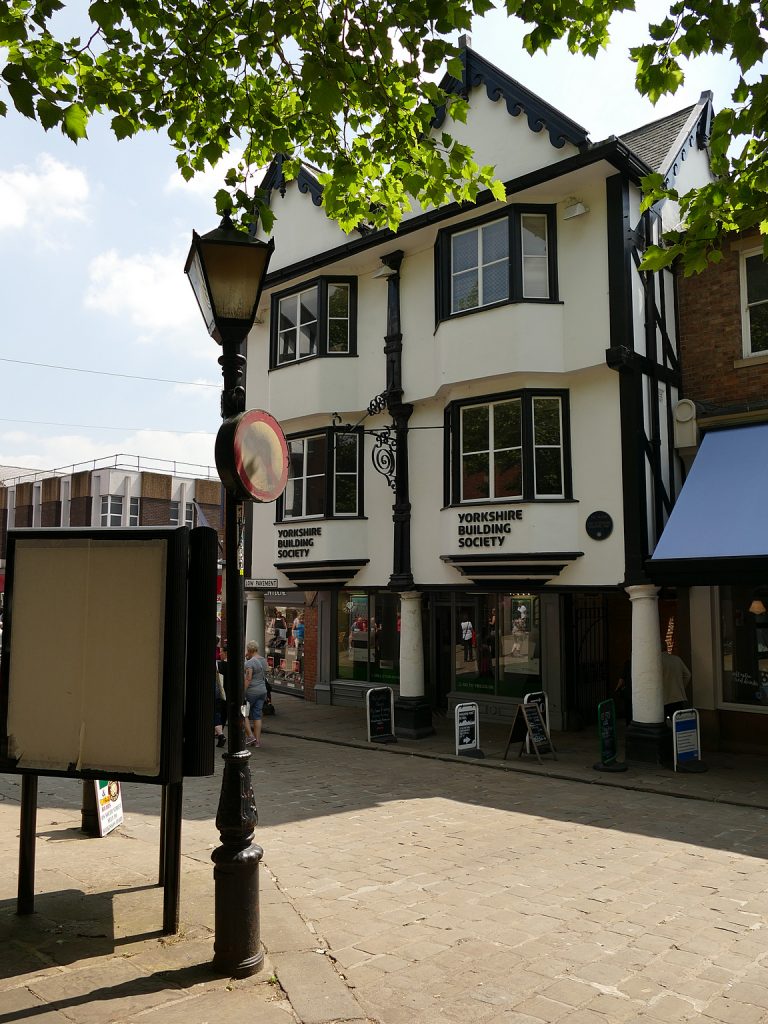 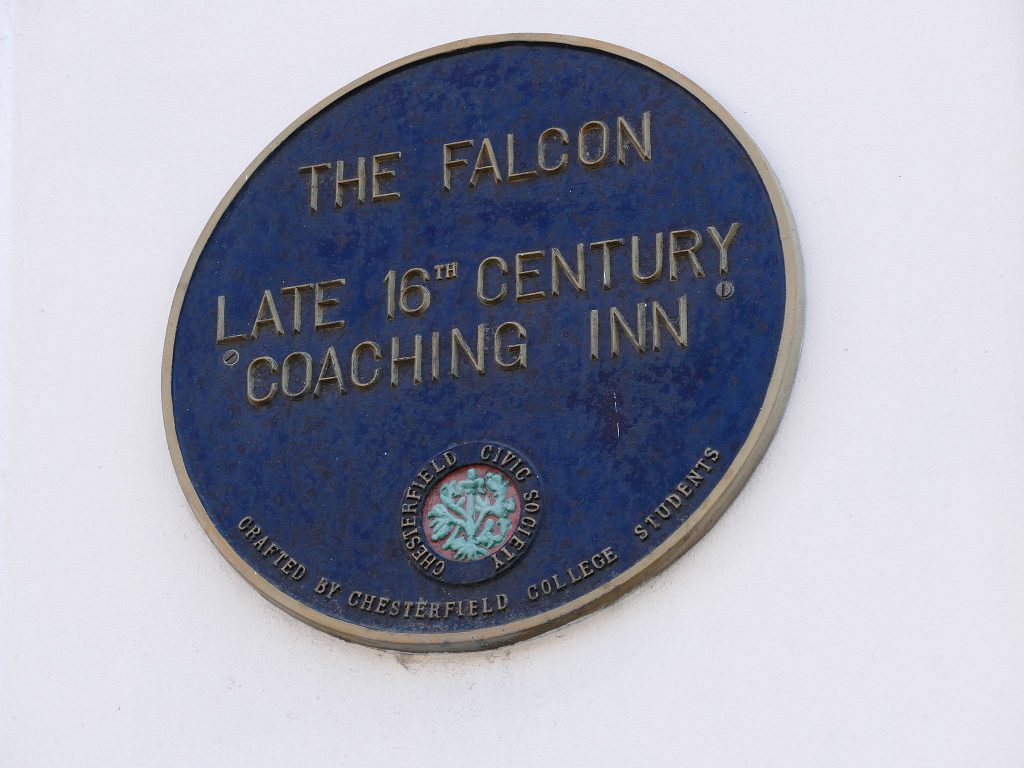 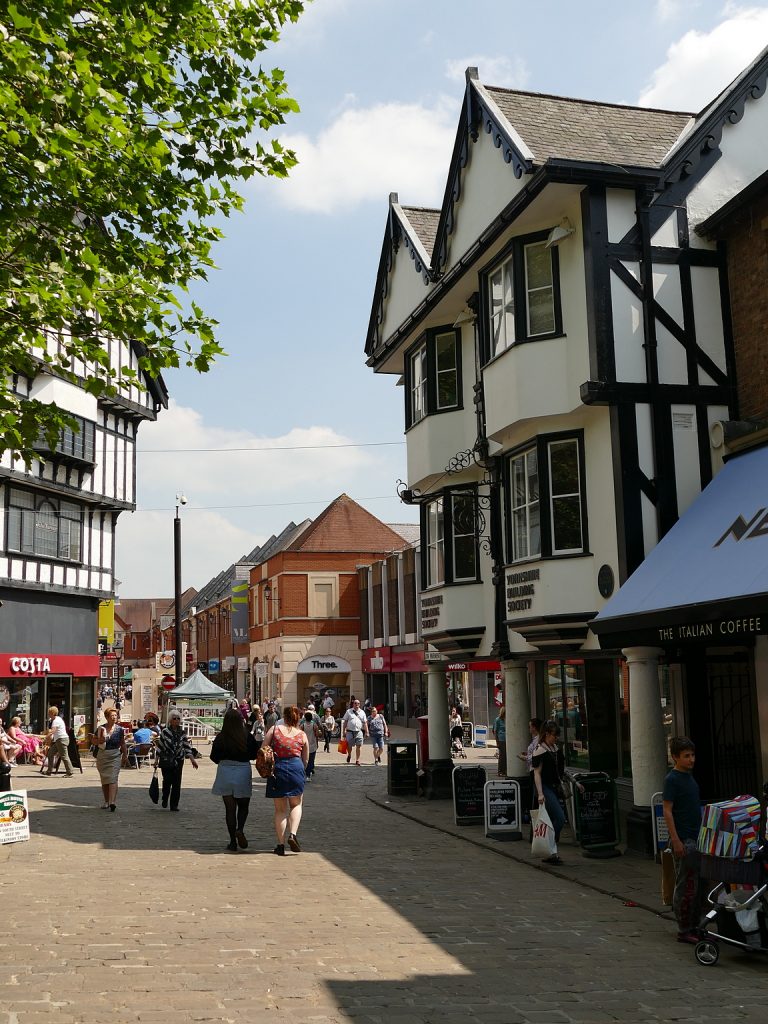 Very little is actually known about the early history of this building. It was built towards the end of the 16th century as a three-storied, double-jettied timber-framed house as it appears today, though internally it is much altered. Despite the popular belief there is no evidence that it ever was a coaching inn. In the twentieth century it  became the Everest Dining Rooms but many local residents remember it better as Boden’s Fish Restaurant, and it now houses the Yorkshire Building Society . The black and white detailing dates to the early 19th century, though the timber frame can be seen in the interior.