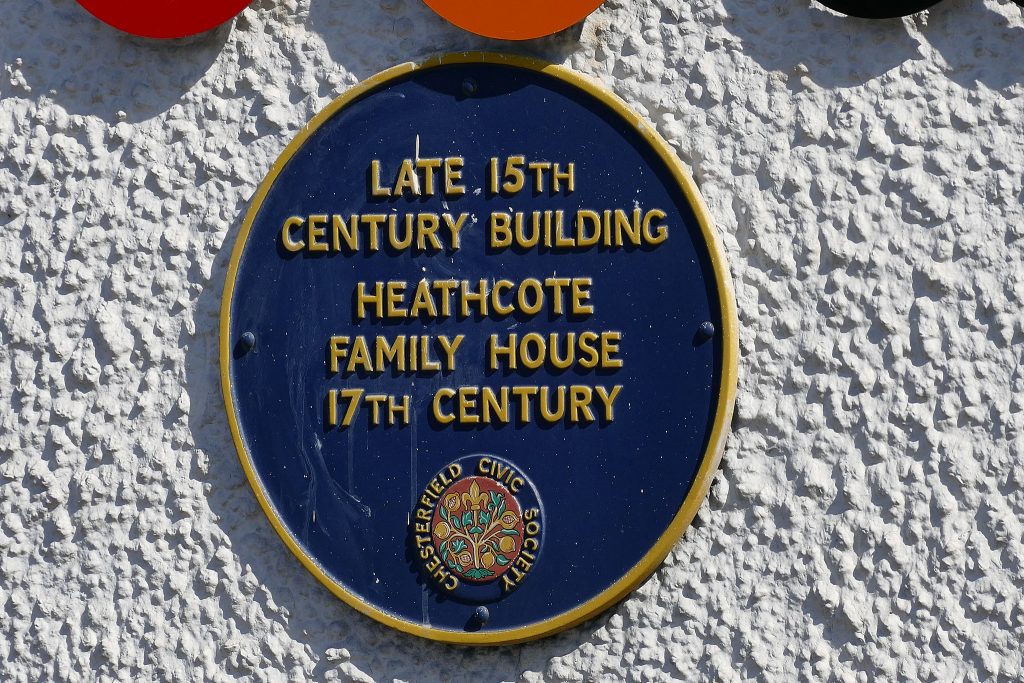 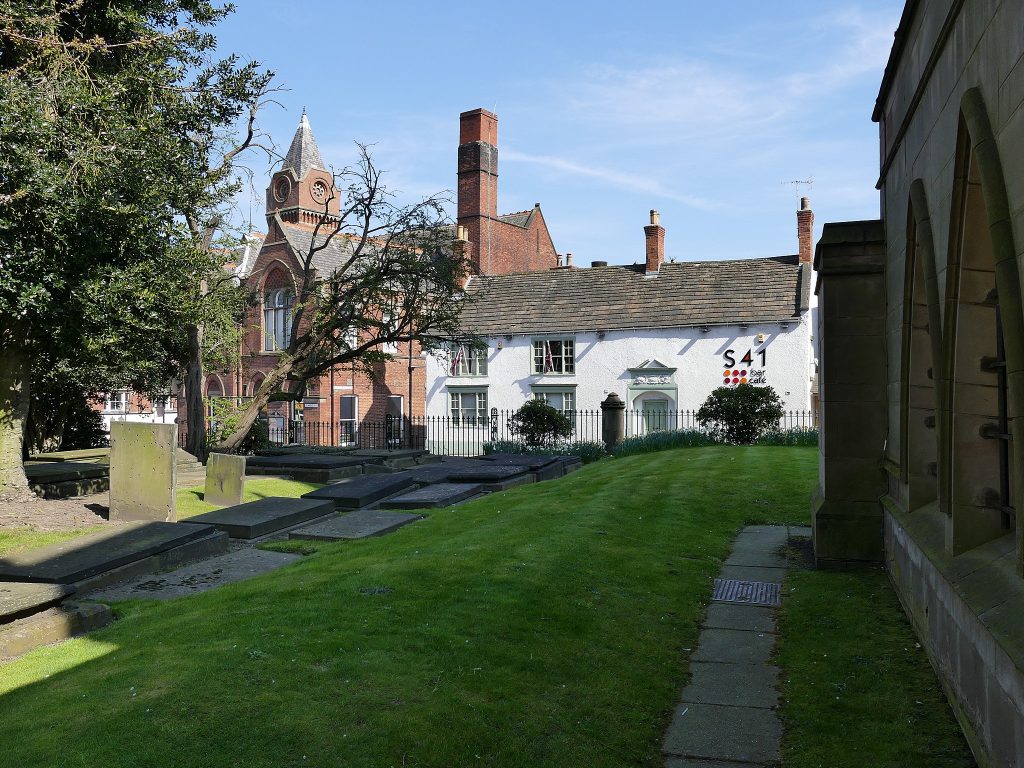 A stone-built house of c.1620 . The site history can be dated to 1496 , when the Dean of Lincoln sold the tenement standing here . It was acquired in 1614 by Gilbert Heathcote ,  who probably erected the present structure before his death in 1634 . The Heathcote family were prominent in the business and corporate life of Chesterfield from the end of the fifteenth century to the seventeenth .

In more recent times , the 20th century warehouses of Sir Earnest Shentall occupied these premises until the 1980s .